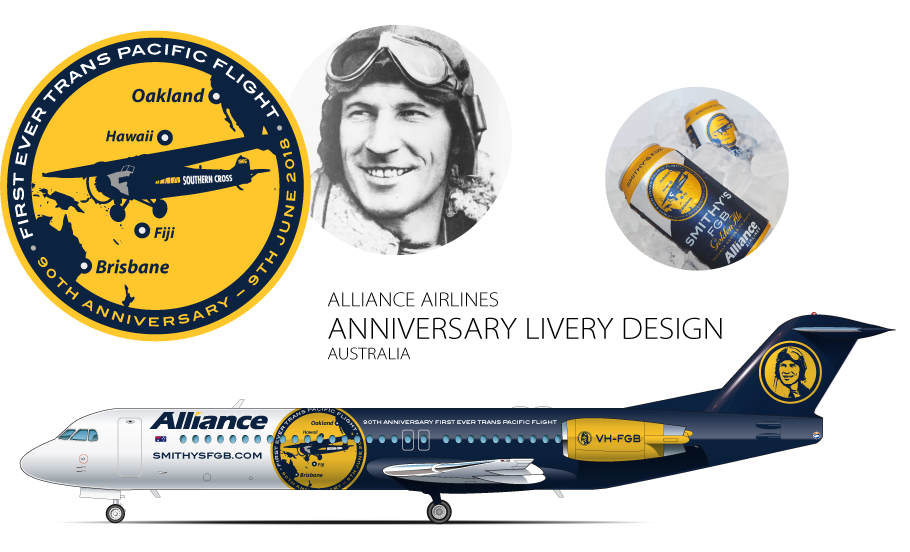 June 2018 Australian national airline Alliance Airlines marks the 90th anniversary of the first trans-Pacific crossing by the legendary Sir Charles Kingsford Smith (or ‘Smithy’ as he was affectionately known at the time) and his brave crew. We assisted the airline by providing aircraft and golden ale beer packaging branding. The special painted VH-FGB is the 32nd aircraft added to the Alliance Fokker fleet. About the beer www.smithysfgb.com

On 9 June 1928 the Southern Cross, a Fokker F.VIIb/3m Trimotor, settled on to the grass of Brisbane’s Eagle Farm Aerodrome, having left Oakland, USA, 10 days earlier.  The aircraft flew 11,585km and had been airborne for 84 hours, with refuelling stops in Hawaii and Fiji.

Chuffed with the first ever trans-Pacific flight, the Prime Minister, Stanley Bruce, presented a cheque for £5,000 to the flight crew. Equally pleased the flight’s financial backer Californian, George Hancock, waived any right to recover his substantial investment.

It’s not recorded what beer they celebrated their world record breaking flight with, but “Smithy that’s Fokkin’ Good Beer” was heard well in to the night.

Alliance Airlines, flying the width and breadth of Australasia, is the world’s largest operator of Fokker aircraft and proudly commemorates the 90th Anniversary of the Southern Cross’s historic flight with Smithy’s FGB. Cheers!

The Southern Cross is on public display near Brisbane Airport’s International Terminal. 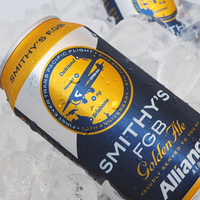 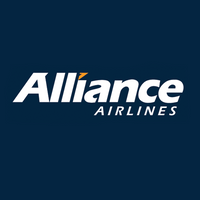 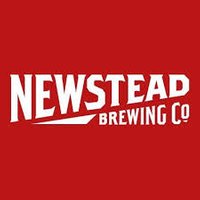